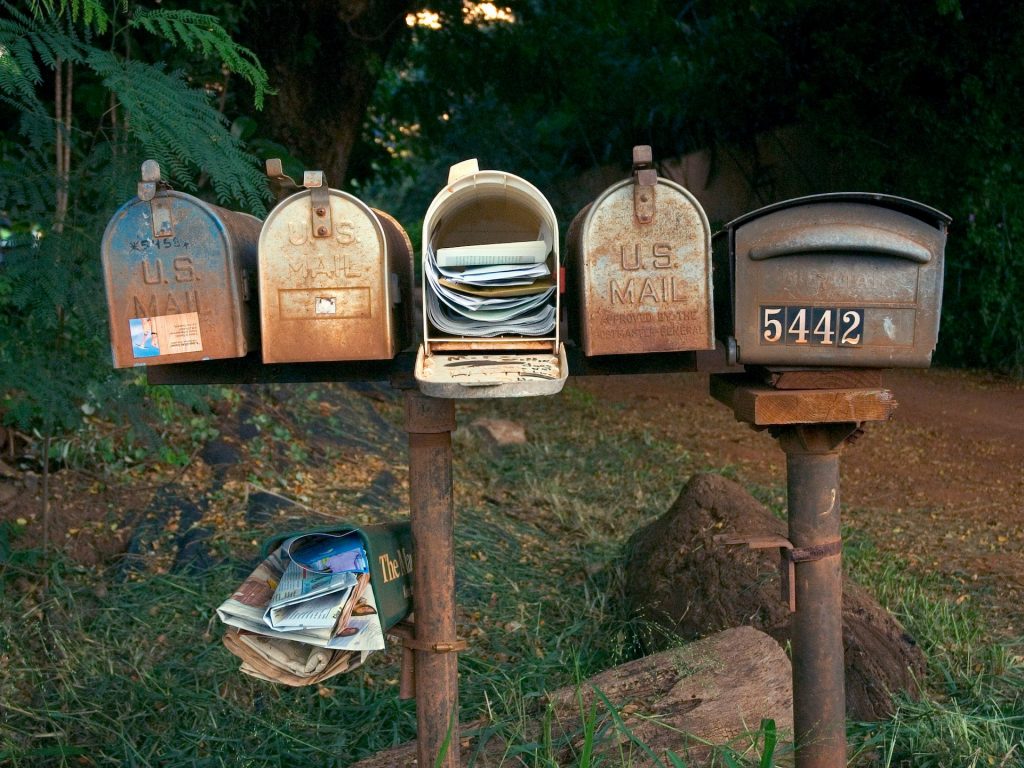 What do you look forward to when you check the mailbox? Probably not the sales flyers and other promotional “junk” mail (snail mail’s version of spam). If you have ordered something, maybe that motivates you to check the mail in the hope that it will have arrived. Perhaps you are expecting a cheque. Of course, bills are a necessary evil. Maybe around your birthday or Christmas, you look forward to receiving cards from people you know.

When I was a teenager (think the mid to late 1990s), I wrote a lot of letters to friends. I also received a lot of letters from friends. In fact, I have a shoebox somewhere that has a lot of letters that I received many years ago from friends. Back then, the internet wasn’t as pervasive as it is now. In fact, if I wanted to check my email, it often involved a trip to the library to get online using a dial-up connection. Social media wasn’t even a thing. Texting wasn’t the popular thing that it would later become for young people.

Communication technology has come a long way from what it was when I was a teenager. It has seemingly shrunk our planet — communication with someone on the other side of the world doesn’t have to involve special airmail envelopes and long waits anymore. We have grown accustomed to saying things in 140 characters. Emojis help us to convey our emotions. We live the instant nature of modern communication — and it is nice to see the confirmation that our message has been delivered, or even read.

But are we missing something special that was part of the past? The time spent carefully writing a letter or note — thinking about what we wanted to say because there was no delete button when we put pen to paper. Choosing what color of ink we would use for the note. Folding the letter and stuffing it into an envelope before sealing it. Sometimes we even took time to draw on the envelope. We would attach a stamp and drop the letter into the mailbox or even take it to the post office. Then there was the wait for a reply — calculating how many days it would take for our letter to reach the recipient, then how many days it would take for their response to get to us. Do you remember the anticipation of checking the mailbox, hoping for a letter from someone dear to us?

While modern technology has significant advantages in many situations, might it be a healthy thing for us to slow down once in awhile and write a “real” letter or note some a relative or friend? Think of the thoughtfulness that you could put into the writing of that note. Imagine the surprise and joy of the recipient when they open their mailbox and see a personal note just for them!

As we begin a new year, take a moment to think about what it would take for you to commit to sending a personal hand-written note to some of the special people in your life this year. It might be as simple as writing and mailing one note a week. Is that something you are willing to commit to in 2018? Let me know your thoughts in the comments section below!

In February, I will be launching a subscription box of beautiful assorted outdoor photo greeting cards. The fronts of the cards will have photos of outdoor scenes — things like mountains, beaches, flowers, deserts. The inside of the cards will be blank — ready for your personal hand-written notes. On the back of each card, there will be a web link where you can go to learn more about the photo on the front of the card — camera used, location, and sometimes even a bit about the adventure or trip on which the photo was taken. Each card, with its envelope, will be in a clear protective sleeve. There are options for how many cards you want, as well as a choice between monthly or quarterly shipments. If this sounds like something that would help you to follow through with writing some personal notes to the special people in your life during 2018, fill out the form below right now to sign up for the email list. That way you will be notified in the very near future when pre-orders are open. Also, when you sign up for the email list, you will have the opportunity to win a free one-year subscription of monthly photo card boxes. So fill out the form linked from the home page to sign up.